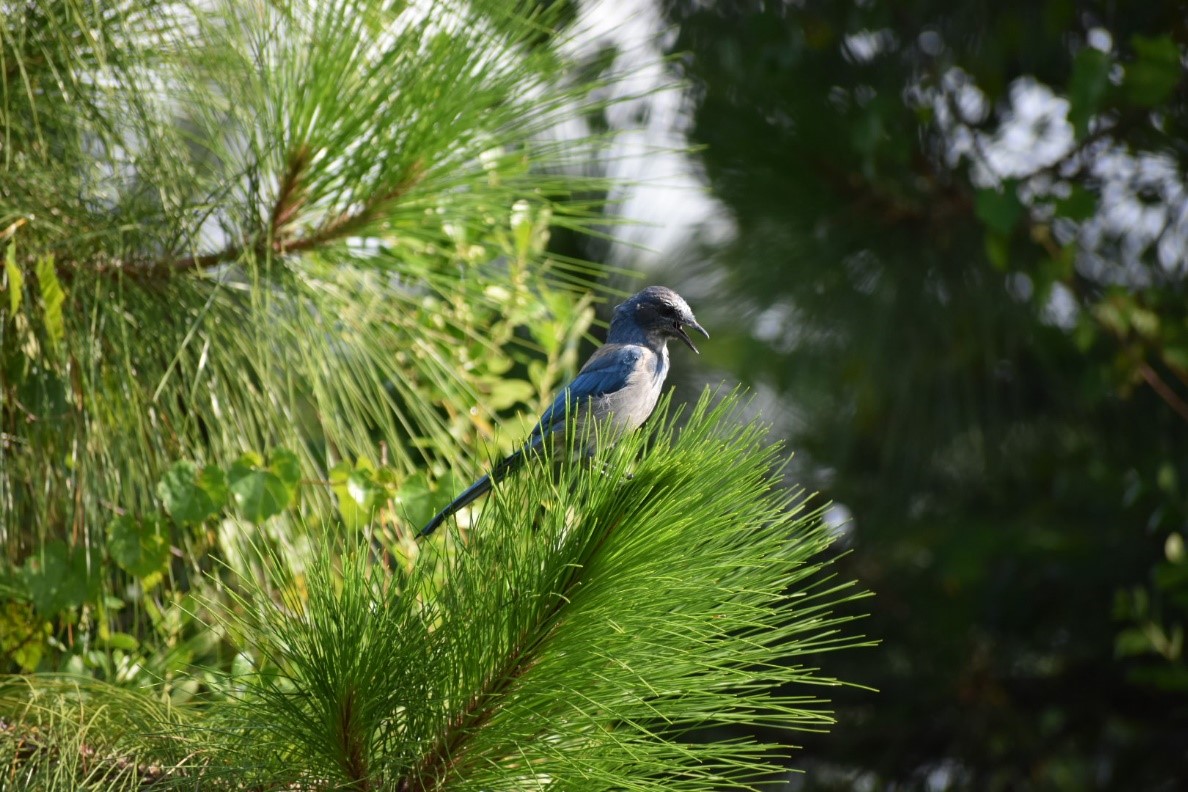 North Port is a 104-square-mile community in Sarasota County, FL, and its residentially zoned areas (which take up most of the City of North Port; see the beige/orange/burgundy colored areas on the attached land use map) are divided into thousands of vacant lots that measure 10,000 square feet (~0.23 acres) each on average. These vacant lots are owned by thousands of different people and multiple residential builders. North Port has no conservation land within any of its residential neighborhoods; instead conservation areas exist only on its outskirts (see the forest green colored areas on the attached land use map).

Our city continues to grow, and 1,543 residential building permits were issued in 2019-2020 alone. North Port’s tree ordinance is friendly to development; currently any tree that is less than 29 7/8” in diameter at breast height (DBH) can be removed at no cost to a developer. One would be hard pressed to find a slash pine tree exceeding those measurements in North Port, and, as a result, many vacant lots hosting remnants of our Upland Pine/Pine Flatwoods natural community are clearcut when they are prepared for construction.

The 1,543 residential building permits issued in 2019-20 equate to approximately 350 acres of land clearcut in our residential neighborhoods in 365 days alone – almost an acre a day. Recognizing that clearcutting for development is going to continue at a rapid pace, several environmentally-conscious citizens decided it was time to pool their experience and form a nonprofit that could act as a collective voice for North Port’s environment. Its mission? To seek a balance between residential development and the environment by acquiring vacant lots and preserving that land in its natural state in perpetuity. After considering several names for their new endeavor, a vote was taken, and The Environmental Conservancy of North Port, Inc. was born. The Board of Directors includes Barbara Lockhart, President (UF Florida Master Naturalist, Chair of the North Port Nature Stewards, Florida Registered Paralegal); Debbie Blanco, Vice President and Land Manager (with over 30 years of experience managing public lands); Edie Driest, Secretary (Chair of the North Port Friends of Wildlife); Alice White, Treasurer (President of People for Trees, Inc.); and William “Chuck” English, Second Vice President (member of the North Port’s Environmental Advisory Board).

We began our focus of vacant lot conservation in a Scrubby Flatwoods neighborhood of North Port that maintains an active population of the federally threatened Florida scrub jay (Aphelocoma coerulescens). To date we have officially confirmed two families in that neighborhood and a third family in an adjoining neighborhood, with the assistance of Jennifer Krajcir (Suncoast Ecological Services) and Katherine Prophet (The Florida Scrub Jay Conservation Society).

In an effort to help the scrub jays survive in that neighborhood, we launched our conservation mission with a fundraising effort in February 2020. With the help of the Giving Challenge, we raised $10,000 and in July were able to purchase two vacant lots from Sarasota County that are in natural condition. In October, we received a third lot via donation in that same neighborhood. This lot had been clearcut and dirt-filled in preparation for residential construction, but was never built on. We plan to conduct habitat restoration on the donated lot by removing at least some of the fill dirt and planting myrtle and laurel scrub oaks and known neighborhood flora. We have recently applied for a matching reimbursement grant from the Coastal and Heartland Natural Estuary Partnership to obtain some financial assistance for the restoration project.

In October, we conducted one-day inventories of the flora on our two purchased lots (“Lot 1” and “Lot 2”) with our Vice President/Land Manager Debbie Blanco and volunteers, Sarasota County Land Manager Jeff Weber and Sarasota County Parks Naturalist Nathalie Smith. We identified 52 species of native plants and one active gopher tortoise burrow on Lot 1 and 29 species of native plants on Lot 2, including axilflower (Mecardonia acuminata), a Florida endemic. In addition, scrub jays have been documented in close proximity to both lots on multiple occasions, and a pair of Northern bobwhite has been seen and heard a handful of times within Lot 1. We will conduct flora inventories seasonally going forward and will conduct wildlife monitoring over time to include placement of trail cameras as well.

In furtherance of our effort to ensure permanent habitat for the scrub jays, gopher tortoises, Northern bobwhite, and other fauna and flora, one of our Board members nominated multiple vacant lots in the neighborhood to be considered for purchase by Sarasota County’s Environmentally Sensitive Land Protection Program; results of the nomination are pending. This County program and another called the Neighborhood Parkland Acquisition Program (NPP) are voter-approved and taxpayer-funded programs designed to acquire and protect natural lands and parkland. To learn more about the program, visit https://www.scgov.net/government/parks-recreation-and-natural-resources/things-to-know/land-acquisition-programs.

We have developed a potential connectivity plan to guide us as we attempt to acquire additional lots in the active scrub jay neighborhood. Our Lot 1 adjoins a 3-acre parcel wherein 2 Scrub-jays and 3 gopher tortoises are sighted consistently by the owners who live on it. The owners have maintained the majority of the parcel in its natural state and have expressed the desire to enter into a conservation easement agreement with us for the natural portion (approximately 2 acres). The couple also owns 3 other lots on the same block and have expressed the desire to sell them all to us in time as we are able to raise funds to make the purchases. If we are able to acquire the 2-acre conservation easement and the 3 additional lots, we would be able to conserve and protect several more active gopher tortoise burrows that reside within them.

Two residents have volunteered to do a neighborhood-watch style monitoring of the jays, tortoises, and bobwhite for us and to record their findings (frequency, location, and number of sightings). We feel the best way to advocate for wildlife is to have data in place from a variety of sources that supports its existence within a habitat, and we are thankful for their assistance with collecting these data. It is our future goal to have the scrub jays banded as well.

Our long-term goal is to acquire vacant lots for conservation in all North Port neighborhoods, either via direct purchase, acceptance of donation, or conservation easement arrangement, with priority being given to those lots that contain, or are in proximity to, threatened and/or endangered species and rare habitat. We know this will take an enormous, continuous effort, but we also know that if we do not continue moving forward in our mission, eventually our wildlife, tree canopy, and native flora will simply be erased in time. We can coexist; it is just a matter of creating a balance between development and our environment, and where there is a will, there is a way. By acting now, we are providing greenspace for all living things – not just for today, but for all future generations to come.

The Environmental Conservancy of North Port, Inc. is a 501c3 nonprofit corporation launched in February of 2020 for the purpose of acquiring and conserving land in North Port's residential neighborhoods in perpetuity.

To learn more about The Environmental Conservancy of North Port, Inc., find us on Facebook, visit our website at www.ecnorthport.com, or find us on Instagram @northportconservancy.